Life at Uni: How to Be a Good Roommate

Living with roommates is a quintessential part of the college experience. And while sharing your space with others comes with its own challenges, it can also be a lot of fun. At first, it might take some time to adjust, but once you break the ice with your roommates, things will start looking up.

Inevitably, you and your roommate will see quite a lot of each other, so starting on the right foot from the get-go is important. To achieve this, you’ll need to practise good roommate etiquette, and that’s where we come in!

Here’s how to be a good roommate.

To start the year on the right foot, it would be a good idea to discuss some dos and don’ts with your roommates. You don’t have to create a rigid rulebook, but being aware of each other’s expectations could help avoid any misunderstandings in the future. If you want to go the extra mile, you could even create a roommate agreement, although a simple conversation will probably also suffice!

While on the subject of ground rules, you should also allocate house tasks. Things like taking out the rubbish, replacing the water filter and restocking the dish soap are all shared responsibilities, so you will have to come up with an efficient system.

For example, you could create a log sheet for chores and rotate everyone’s tasks weekly. That way, you ensure no one is stuck on trash duty for an entire year! More importantly, if you want the system to work, you should make sure to get your own tasks done.

3. Clean Up Your Mess

Nothing can drive a wedge between roommates like uncleanliness and bad hygiene. Indeed, your roommates won’t appreciate you leaving a pile of unwashed dishes in the sink, a trail of dirty laundry around the house and your soaking towel on the bathroom floor.

Making a habit out of washing your dishes after every meal and keeping rooms and surfaces tidy is essential if you don’t want to be the black sheep of the house. If, on the other hand, your roommate is the one always making a mess, try to lead by example and, if necessary, have a conversation with them.

4. Ask Before You Borrow

Sharing isn’t always caring, especially if you’re using your roommates’ things without asking. Even if you’re on good terms with them, it’s good roommate etiquette to ask before borrowing. It goes without saying that you should also return it as you found it.

Bear in mind that this is a two-way street. If you aren’t much of a lender, try not to make a habit out of borrowing things, because it’s only fair that you do the same.

When it comes to food, asking before taking is quite crucial. So, before you eat your roommate’s last piece of toast, make sure to ask them first. If it’s something in a larger quantity, then also be sure to replace it as well. In other words, don’t be a freeloader!

Living in close quarters with other people, especially as a student, means that you will probably see each other go through some highs and lows.

The best way to deal with any rough patches is by creating a mutual support network and giving each other a helping hand whenever possible. Small gestures like making enough coffee for everyone, watering their plants while they’re away or just showing a genuine interest in their day can go a long way.

Even if you and your roommate aren’t that close, simply checking in on them could be enough to cheer them up.

Spending quality time with your roommates is vital if you want to form a stronger bond with them. However, having some alone time is equally important.

If you live with more than one person, then there can be a lot of pressure to hang out when everyone else is around. Nevertheless, if you don’t feel like being around people, it’s okay to keep to yourself sometimes and follow your own schedule.

On the other hand, be careful not to be ‘that roommate’ who no one ever sees or hears from. Taking yourself out of the equation completely can be very isolating, and you might end up missing out on a lot. Plus, no one wants to live with a ghost!

Remember those highs and lows we mentioned before? Sometimes the lows could mean something a lot more severe than exam stress and midterms.

Having each other’s emergency information is the smart thing to do, especially if either of you has any allergies, conditions or disabilities. Although it’s highly unlikely that you would find yourself in a situation like this, taking some precautionary measures certainly won’t hurt anyone.

When your roommate is seemingly inconsiderate about specific things, you might be tempted to strike back. However, before you start leaving passive-aggressive notes around the house and making not-so-subtle hints, consider other ways to resolve the issue.

Keep in mind that your roommates all come from different backgrounds, so there might be a mismatch of habits and values. So, before acting out on your roommate’s behaviour, consider whether it’s intentional. Micro-aggression will not only create a toxic environment, but it probably won’t solve the problem, either. Simply voicing your concerns to them could be enough.

On a slightly different note, when it comes to coursework and study habits, everyone ticks differently. So, regardless of whether your roommate is a night owl or an early bird, understand each other’s work schedules, and pass no judgement to it.

While it’s important to be friendly and check in with your roommates, you should also respect their space.

Living in close quarters probably means that you see each other quite a lot and know enough about each other’s habits and routines. But to maintain a healthy roommate relationship, you need to respect their privacy. Remember: there’s a fine line between showing interest and prying on personal matters that are out of boundaries, especially if you aren’t that close.

10. Keep Each Other in the Loop

Good roommate etiquette dictates good communication. Even if you and your roommates aren’t the best of friends, it’s essential to keep each other in the loop. Now, I don’t mean syncing your Google calendars, but it would definitely be good if you kept each other informed on certain things.

For example, if either of you is going out of town or you’re planning on having other friends over, let them know in advance. Keeping an open channel of communication will make everything a lot easier for both of you and will make living together a breeze.

Is your CV getting you interviews?
Land your next job by upgrading your CV or résumé with the help of our expert writers!
See CV Packages
Starting from just $99.95
PACKAGES FOR ALL LEVELS 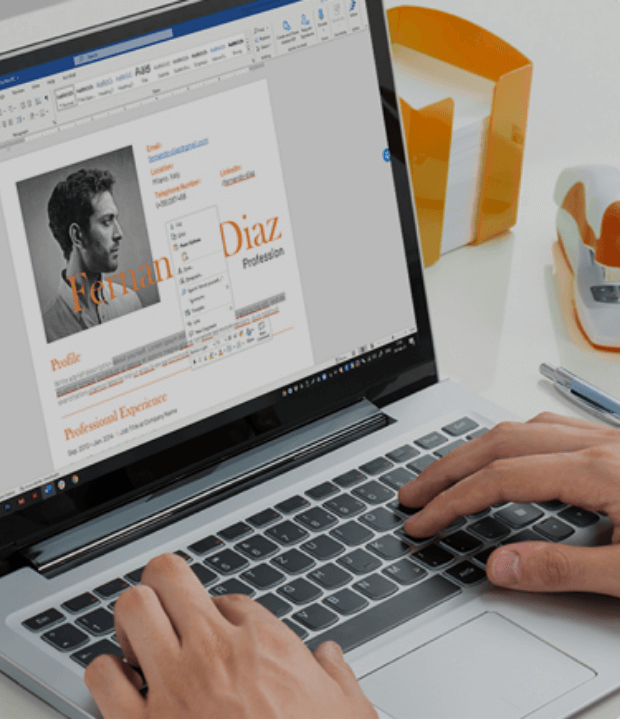 Even if you don’t always get along with your roommates, take comfort in the knowledge that you’ll have some epic stories to tell afterwards. Living with others has a fair number of positives and negatives. It might take a bit of effort, but by being a good roommate, you can avoid a lot of unnecessary arguments and drama.

To do that, you will have to make some compromises at times and learn to live with each other’s habits. Once you do, rooming with others could turn out to be a lot of fun, and probably leave you with some fond memories from college.

Can you think of any other useful roommate tips? Share your thoughts in the comments section below!

What is your ideal career?
Use our smart and accurate testing platform to find suitable career matches.
300,000 test-takers and counting!